The Embodia team is dedicated to advocacy and addressing the gender pay gap, lack of diversity in medicine and leadership, and most definitely the harms done by systemic racism. We know systemic racism directly affects the social determinants of health, widens economic disparities, and negates the pillars for a fair judicial system.

The following is a letter from Dr. Clover Hemans, a member of the OMA Women Committee.

Started in 2013, after the shooting death of Trayvon Martin the current Black Lives Matter (BLM) movement was re-ignited by the very public “modern daylight lynching of George Floyd” by a police officer in full view of horrified witnesses while Mr. George Floyd gasped that he could not breathe—all while 3 other officers stood by in complicity (Royson James, Toronto Star). The murder of George Floyd has unleashed a furor of emotions—especially righteous anger and anguish—in those who have felt unheard, unheeded, silenced, and harmed by racism. This international tipping point has unraveled and exposed the shrouded foundation of societies entrenched in systemic racism and bigotry.

It is vital that we keep the momentum. Racist abominations have been outed. It is a trendsetting media phenomenon moving a plethora of corporations to seek immediate alignment with BLM. Skeptics wonder how long this will last. Why must we educate ourselves in nomenclatures such as anti-Black racism and BIPOC? Understanding these terms helps to raise awareness. Most people need to confront their own biases at their own pace. BIPOC is an acronym for a person of colour or Black, Indigenous, or person of colour. It is usually used to refer to people who identify or are perceived as non-white. Many chose BIPOC to highlight the unique experiences of Black or Indigenous people independent of other people of colour and push back against a definition of people as one-size-fits-all” (M. Woods).

Self-awareness is not enough. What is needed is commitment to working for sustained improvement and not walking away after the media spotlight has moved on.

Why is it important to be an ally and not just a kind sympathizer or non-racist?

By definition an “anti-racist is an active state of working to make things better by dismantling racist structures, fighting oppression and working towards justice.” According to the Alberta Civil Liberties Research Centre, “Anti-racism is an active way of seeing and being in the world, in order to transform it.” Josh Dadjo from the Ottawa Citizen says it well, “You are not bound to this fight because of your colour…Victims of injustice… need allies focused on making a tangible difference.” As also stated well by Melanie Woods, “There are many different ways white and non-Black people of colour can be good allies to Black people, from mobilizing their privilege to enact change, to elevating and amplifying Black voices, to stepping back and listening, rather than dominating the conversation.”

We must transform the system.

This will neither be easy nor quick. We have the catalyst- now we must take sustained, objective, and measurable action with public metrics that show corrective processes that improve lives harmed by systemic racism. We must focus on the structures that sustain systemic racism and insist that race-based data (which are often collected but not shared) be opened to show where inequities exist and exactly what policies have been enacted to redress the harms caused by systemic racism. Challenge your political and organizational leaders to make changes that are public and monitored. Vote for the politicians that stand behind real change to anti-Black racism and anti-racism full stop.

Why is it important to recognize that racism is not committed only by a few overtly “bad apples”?

One answer is that unconscious or not, the sting of white privileged micro-aggressions burns away and harms part of the psyche every time it is committed. Some examples are the “only joking” comments that put the BIPOC down, others are assumptions made when a Black man wears a hoody, or a name gets crossed off a list because of how its spelled.

The lauded Anishinaabe author and journalist, Tanya Talaga wrote, “There have always been two Canadas… Canada’s unique brand of racism can be quiet and loud. Ms. Talaga’s editorial articulated that both “Black and Indigenous people know what it feels like to be under the knee of a system designed to eradicate your very existence, to keep you down and out of the way.” Let us not forget that yes, in Canada, the indigenous peoples suffer the scourge of racism, bigotry, harms, and death at the hands of archaic and rooted systemic racism every day. Awareness of racism must not stop at anti-Black racism.

Enough is indeed enough. For many, it means starting with themselves. Educate yourself. Read this great article, “What Does ‘Systemic Racism’ Mean? 20 Terms to Help You Understand Allyship” by Melanie Woods, on how to be an anti-racist ally (HuffPost). It has notable references. Seek to understand so you can speak up courageously and be heard – even if it is in small ways by challenging assumptions or racist jokes. Make them unacceptable around you. The excellent infographic helps to understand, analyze, and reflect on your own journey on the way to becoming an Anti-Racist. Consider reading White Fragility, and other books to raise awareness.

Again, it is not enough to be a non-racist.

We are stating that we must all actively seek to be anti-racist. Black Lives Matter is an Anti- Black racism movement. Expecting members of the Black or Indigenous communities to “explain what is going on” is an exhausting task that plays on the traumas which have peppered and singed their lives. The emphasis is on putting in the work so you can understand and espouse anti-racism authentically. This is not about “performative” gestures to gain “likes” as part of a media trend. Difficult conversations will likely occur when you stand up for anti-racism. The current North American anti-racism (more so Canadian) nomenclature, clearly puts the term BIPOC front and center. This is to denote that this is a historic watershed moment in society. We should not waste it. Demand diversity on all committees: this includes hiring committees. Call out tokenism, “fund a scholarship, admit your past mistakes, acknowledge your privilege, invest in businesses owned by marginalized communities, teach your children the beauty of diversity…” (J. Dadjo).

This is a responsibility we all carry. The key is, in this mission of demanding anti-racism, transformative change, women, men, allies—members of our Embodia community—you are not alone. We are united in solidarity with Black Lives Matter. We stand against systemic racism and acknowledge the brutal harms and acts of hatred that are committed daily in Canada as well as historically. Standing together, we will forge connections with others and will not be silenced.

To those who “will decide to sacrifice the privilege of walking away and choose to bind themselves to those who do not have a choice, welcome to the fight”

If we’ve learned anything from the past weeks, it’s that words can only go so far. We also need action. For Embodia, this starts by ensuring everyone feels safe and by promoting education through open and honest conversation.⁠

We invite you to join us for an education session with Dr. Jennifer Hutton on July 14 - Anti-Racism & Allyship for Rehab and Movement Professionals. This training is designed to help you get started on your journey to becoming an effective ally in your profession.

Where: Online via Embodia

What: Anti-Racism & Allyship for Rehab and Movement Professionals ($49.99 CAD for Embodia Members; $59.99 CAD for Non-Members) 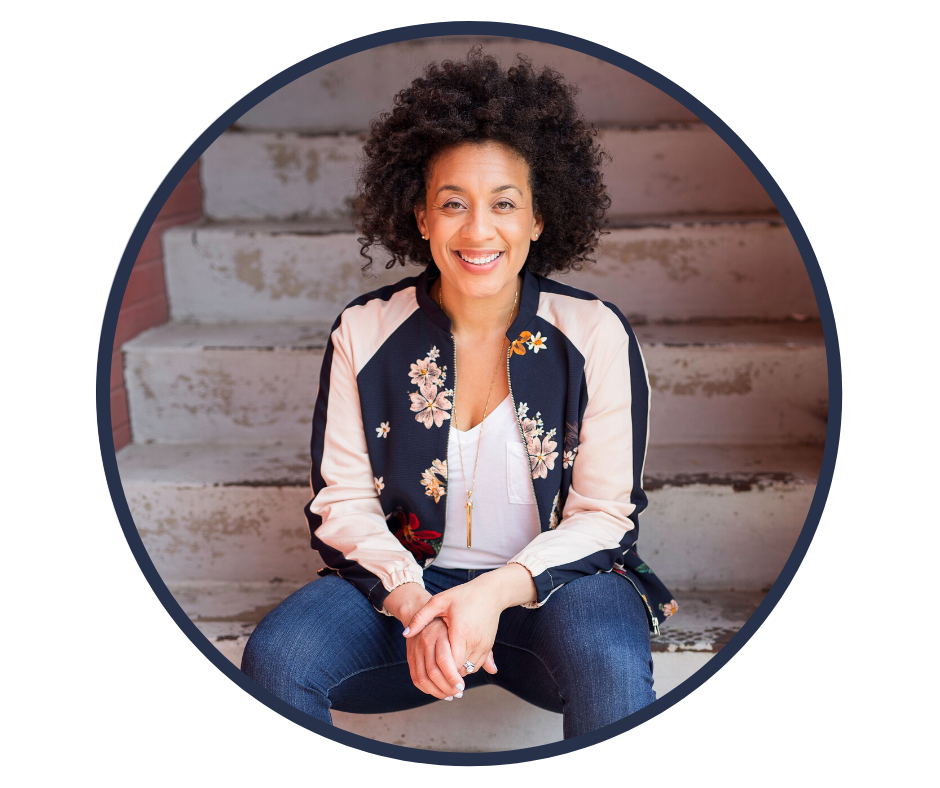 “Miss Jennifer, I got this…” When I hear this from one of my pop stars it is MUSIC TO MY EARS! Sure, to get to that point I’ve probably endured countless tears, being peed on, kicked in the face by a prosthetic leg, run over a by a wheelchair, shins rammed by a gait trainer, stabbed with a Lofstrand crutch, preteen attitudes, questioning what the heck is on my pants at the end of the day, a few “No, I don’t want to’”s , and maybe even a temper tantrum or 10. But honestly, all I ever remember are the smiles and proud faces when these very same kiddos try something new on their own, reach a goal, and realize just how strong and capable they are.

I could lead with where I went to school (Loma Linda University), the highest degree I’ve attained (Doctorate), or how long I’ve been practicing as a physical therapist (10 years), but at the end of the day these things are not what matters. What matters most is my passion for helping build up strong children, no matter their level of ability.

"Thank you for your compassion and fearless hearts. Join the change you want to see in this world"